How can CBD help in quitting smoking? 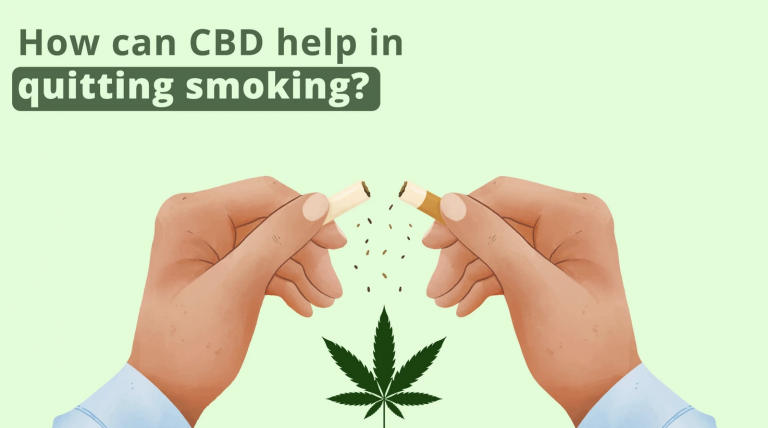 Remember those friends who promised to quit smoking tobacco on Monday. But many Mondays have passed or even years, but they continue to smoke. Some stopped it for a brief time but started smoking it again. It is not easy to quit smoking tobacco; it contains a substance called nicotine that is highly addictive. Tobacco is not only addictive but also has many cancer-causing chemicals. The other challenge is the lack of support to overcome tobacco addiction. While the process of de-addiction can be challenging, cannabis-based medication comes up as a reliable solution.

When it gets absorbed in the bloodstream via smoking or chewing tobacco, nicotine causes an adrenaline rush. Nicotine also triggers an increase in the brain’s “happy” chemical, i.e., dopamine. Dopamine stimulates the brain area, which is associated with pleasure and reward. The prolonged use of tobacco or nicotine can lead to physical and psychological addiction.

The signs of tobacco addiction are pretty visible. The person can’t stop smoking or chewing tobacco even if they want to. They will continue to use tobacco despite health problems. Whenever under stress, they will seek tobacco to feel normal. And when they try to stop using it, they will face severe withdrawal symptoms like shaky hands, sweating, irritability, or rapid heart rate. It is a fact that tobacco has no positive impact on our health. The packaging of tobacco products comes with a statutory warning that says it can kill you.

Around the globe, 130 Crore people use tobacco. Tobacco, directly and indirectly, kills 82 lakh (85% direct death and 15% passive smoking) people. In India, more than 26.7 crore people above the age of 15 years consume tobacco. Tobacco is responsible for nearly 13.5 lakh deaths every year in India. An economic burden of 2.05 lakh crores occurred in India in 2017-18 for people of ages 35 years and above due to the diseases from tobacco.

While de-addiction is an achievable task, the process may not be the same for everyone. Some require more support, both physically and mentally to overcome the addiction. However, India lacks trained professionals who can assist in the de-addiction journey. As per the Global Adult Tobacco Survey, over 55% of smokers and 50% of non-smoking tobacco users in India have failed to quit tobacco.

Data suggests that medical cannabis consumers have lesser tobacco intake. The reduction of tobacco consumption while taking medical cannabis traces to the endocannabinoid system’s role (ECS) in reward and reinforcement. The ECS is a biological system responsible for maintaining balance in the body, called homeostasis. The ECS has neurotransmitters that bind to receptors (CB1, CB2, etc.) to communicate with the central nervous and peripheral nervous systems. Cannabidiol (CBD; a compound found in the Cannabis plant) interacts with receptors to regulate sleep cycles, improve mood, and decrease anxiety and pain. Using CBD while under the de-addiction process may help relieve pain when experiencing withdrawals during the quitting process. Scientific data also suggests the same. 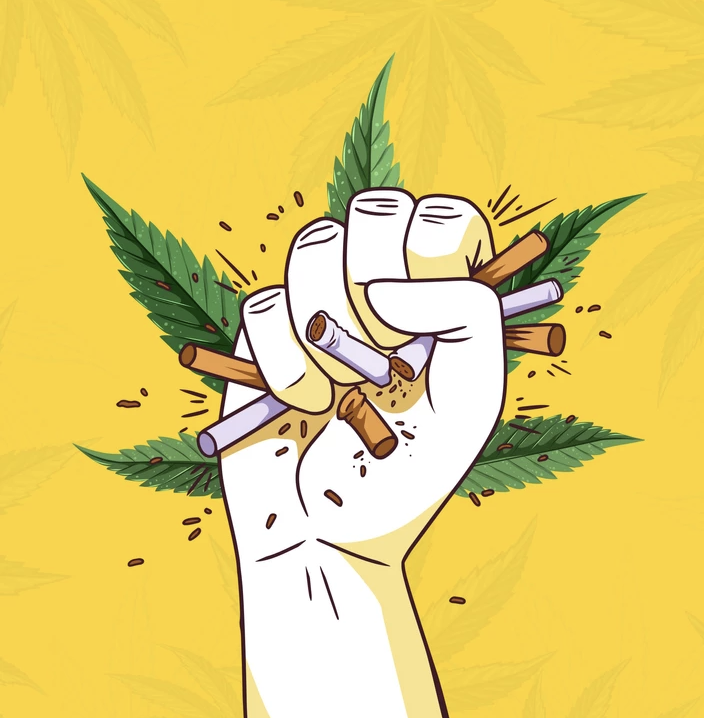 A study was done with 24 smokers. Twelve were given inhalers of CBD, while 12 received a placebo. Post the treatment period, those on CBD reported smoking 40% fewer cigarettes. Another study’s findings show that 49% of tobacco users reported decreasing their tobacco consumption once they started medical cannabis. Also, 24% of people reported zero tobacco consumption in the preceding 30 days of follow-up.

The challenges due to tobacco are very well known. Be it an economic burden at a collective level or deleting a user’s health. Society at large has suffered and is suffering from the ills of tobacco. The need remains to find support to help tobacco users leave the addiction behind. Cannabis-based medicines come out as a strong alternative for tobacco de-addiction. It is advised to speak with a medical professional who can help identify the correct dose and course of medicine for the wellness journey.

Happie Hemp Overall Wellness is a full-spectrum CBD Oil made from naturally sourced Cannabis leaves and Hemp Seeds. If you wish to speak with a doctor, please book a free consultation here. 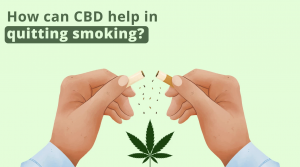 How can CBD help in quitting smoking?

How can CBD help in quitting smoking? Remember those friends who promised to quit smoking tobacco on Monday. But many Mondays have passed or even Decoding the legality of CBD Oil in India

Decoding the legality of CBD Oil in India The word CBD took Indian news channels by storm in September 2020. Right, wrong, ridiculous, and everything